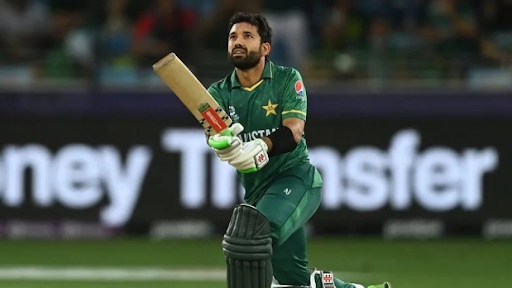 Pakistan opener Mohammad Rizwan has been admitted to hospital after falling ill during the World Twenty20 in the United Arab Emirates. After that, a picture of Rizwan lying in a hospital bed with medical equipment on his body also went viral. The wicketkeeper-batsman was in the ICU for two days before the semi-final match against Australia.

However, after overcoming all the uncertainties, Rizwan surprised everyone and entered the field in the semi-final. But there is a different mystery behind Rizwan's miracle of going down 22 yards from ICU. He took banned injections for quick recovery. Which is completely banned by the ICC. The opener also played an innings of 67 runs off 52 balls in the matches that Pakistan lost.

However, Pakistan Cricket Board (PCB) doctor Najib Soomro made it public about six months after the incident. A video posted on the PCB's official YouTube channel shows Somro talking to Rizwan. That's where the time spent in the ICU before that match against Australia came about and the miraculous return.

Asked about the incident to Rizwan, he said, "I don't remember anything special. At first there was pain in my shoulders and back. Later the pain goes to the front of the body. Then after calling, you told me to get out quickly. I remember some of these. ' Rizwan, however, was rushed to hospital with severe respiratory problems. He saw everything blurred in front of his eyes.

After more than 10 tests at the hospital, Rizwan knew through a nurse, a 20-minute delay could have been dangerous. For now, it will take about a week to recover. But how can Rizwan wait so long! The team will play in the World Cup semi-final two days later. So, he did not agree to stay in the hospital.

But he needed an injection of a very high dose because his trachea was almost completely blocked. However, that injection is prohibited for any athlete. Due to which Doctor Somro was in a bit of trouble. Rizwan's body was later injected with the permission of the ICC. After that he gradually recovered.

In this context, Somro said, ''So the thing is that you need to give a very high dose of injection. Which we can't give to other players. So, at 3 o'clock in the night I took permission from the ICC and after the permission I gave you that injection. After that, Rizwan made it to the field after passing the fitness test, but Australia won the semi-final with the storm of Matthew Wade. ''