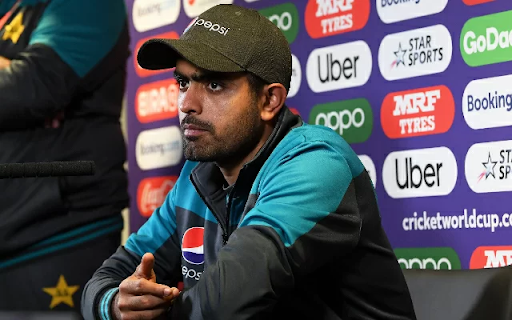 Pakistan confirmed their 15-man roster for the upcoming T20 World Cup on Monday. However, the team's captain, Babar Azam, has allegedly expressed his discontent with the alterations made to the roster for the massive tournament. A few modifications in the lineup did not sit well with Babar Azam, who is dissatisfied with the team.

Pakistan's captain was not trusted regarding team selection for the World Cup. When opposed to what Pakistan has been playing with previously, there were significant changes to the roster. Babar did not appreciate the inclusion of a few players who had not played the shortest format in a long time.

Babar Azam wanted to team up with Sharjeel Khan, Fakhar Zaman, Faheem Ashraf, and Usman Qadir. Instead of focusing on the selection procedure, the captain was encouraged to concentrate on playing the game. As a result, Asif Ali, Khushdil Shah, Azam Khan, and Sohaib Maqsood were chosen to join the team. The cricketing community, as well as onlookers, have questioned this judgment.

Head coach Misbah-ul-Haq resigned from his position earlier this month, citing disagreements with the board and reservations over the team selection. He, too, looked dissatisfied with Azam Khan's nomination and had a dispute with the council over it. Pakistan's head coach Misbah-ul-Haq and bowling coach Waqar Younis resigned shortly after the roster, ahead of the T20 World Cup.

Despite their lacklustre performance in the T20 format, middle-order batsmen Asif Ali and Khushdil Shah were selected. As a result, the seasoned duo of Fakhar Zaman and Sarfaraz Ahmed was left out of the lineup. Before the main event, Pakistan will play a T20I series against New Zealand and England.