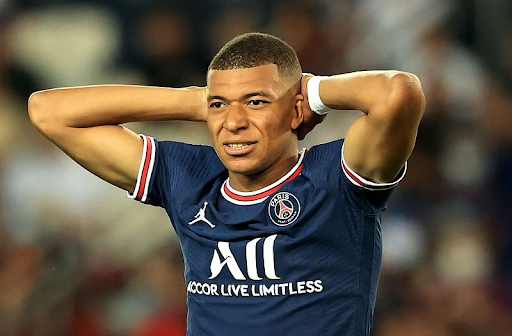 Kylian Mbappe, a forward for Paris Saint-Germain (PSG), said Real Madrid is the only club he would have left Paris for in the summer.

The Frenchman's contract with PSG expires in a year, and he was linked with a summer move to the Santiago Bernabeu. The move, however, did not go through, and Mbappe remained in Paris. He's now admitted that he was disappointed when the deal fell through.

Kylian Mbappé to L’Équipe: “I am attached to PSG. If I had left this summer, it would have ONLY been for Real Madrid”. 🚨🇫🇷 #Mbappé

“My ambition was clear this summer”. #RealMadrid #PSG pic.twitter.com/Kc0V9q5cF7

Mbappe and PSG have disagreed on a new deal, and Real Madrid is still interested in signing the French striker. Mbappe's contract with PSG expires in a year, allowing them to sign him on a free transfer.

PSG starlet Kylian Mbappe also discussed how club president Nasser Al-remarks Khelaifi's that Mbappe would not leave the club affected him. Mbappe, on the other hand, considered that pushing a transfer away would be 'ungrateful' to PSG, who signed him from Monaco when he was 18 years old. Mbappe went on to score 136 goals for PSG in 182 games.